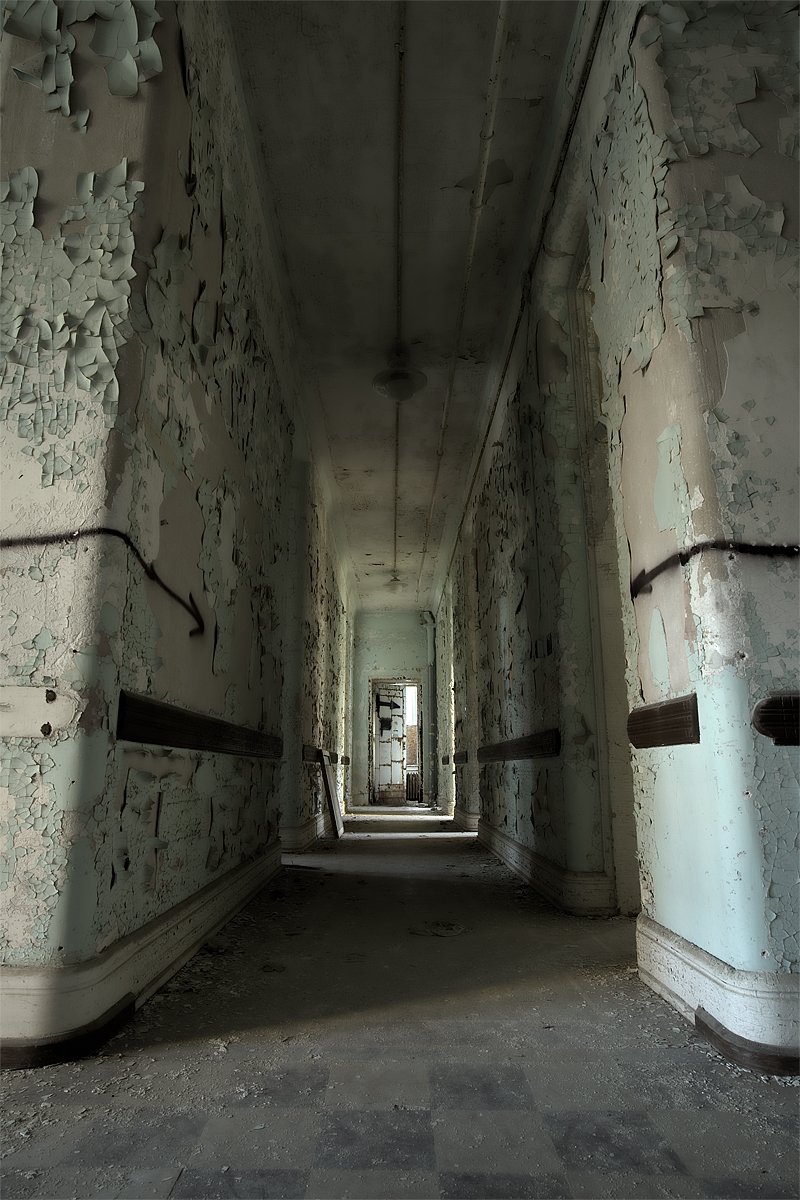 I had the opportunity to obtain access to the unrestored sections of Traverse City State Hospital this past week.

It was a last minute deal, and we were very limited on time and available light, so I only managed to get a few shots before the sun set.

The color images from this gallery were shot using HDR (high dynamic range) imaging - actually my first attempt at shooting using this method.  I've been wanting to try this out, but never really had a good subject.  Well, this worked.  These images were shot in very low light, requiring exposures in the 20-30 second range.

HDR images are essentially multiple images, shot through a range of exposures (light to dark), then merged together and tone mapped.  The resulting images display a greater dynamic range through the highlights, shadows and midtones, over what you would typically see in a straight, single image.

At a certain point, the light diminished to nothing, so we were forced to navigate through the sections using flashlights (or cell phones, after the flashlights died).  At that point, I pulled out the infrared camera and took a few shots.  The results were interesting, not the best photography, but would probably be entertaining to the "ghost" crowd maybe.  I posted a few.  It's damn near impossible to do much photography under zero light, with no flash or light source, but... as you'll see, I made due.

My sleeping bear project is moving slower than I expected.  I have a few models that I work with routinely, but I was really hoping to get more local people involved.  My goal was to make this a very localized project - where I wouldn't have to bring people up from downstate or out of the region.  Unfortunately, recruiting has gone slower than I expected, and additionally, one of our local newspapers is now refusing to run my advertising, which really hurt the process also.  But, I guess that kind of stuff comes with the territory, unfortunately.