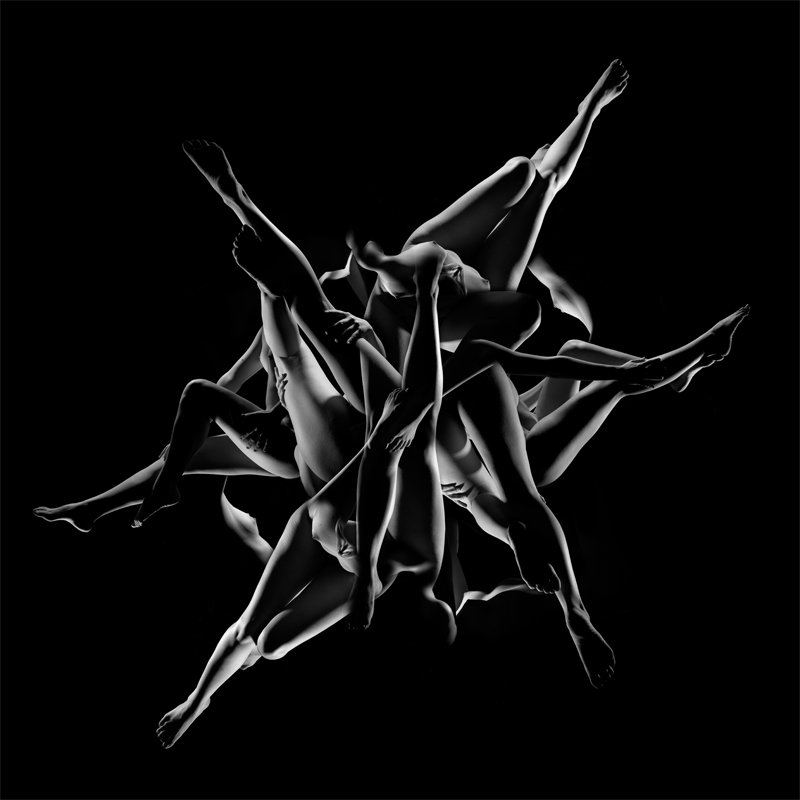 I finally had the chance to make use of the new studio yesterday, and also work with a new model.  I'm very happy with the results.

I've spent most of the summer doing location shoots, and doing shows... which really didn't leave much time to do as much shooting as I'd like.

I've been more drawn to doing more of this style of abstract work recently, having now shelved most of my environmental projects for the duration of the winter.  There has also been a strong interest in this series of work since the ArtPrize exhibition, so I would expect to see quite a bit more from this series.

Originally, the Rhythm series revolved around the concept of chronography, while attempting to produce a modern interpretation of the works of Muybridge.  Quickly (after the first shoot), this evolved into something entirely different.  I see this as still as an exploration of movement, but rather than being a central theme to the project, motion and chronography has become more of a tool in achieving what has become a pretty common theme to all of these pieces - what I refer to as "implied symmetry".

Most of the later pieces in this series present shapes and forms which have a symmetrical feel to them, but are designed in such a way as to intentionally deny the use of true symmetrical forms in the final image.  While this process takes a great deal more time to assemble than simply putting together images that are exact mirrors, I have found that people seem to be more drawn to the unexpected or illusionary elements of these images.

I have a few variations on this series, which I'm going to start exploring soon.  It's great to be back in the studio working again, especially after such a positive year for my work.