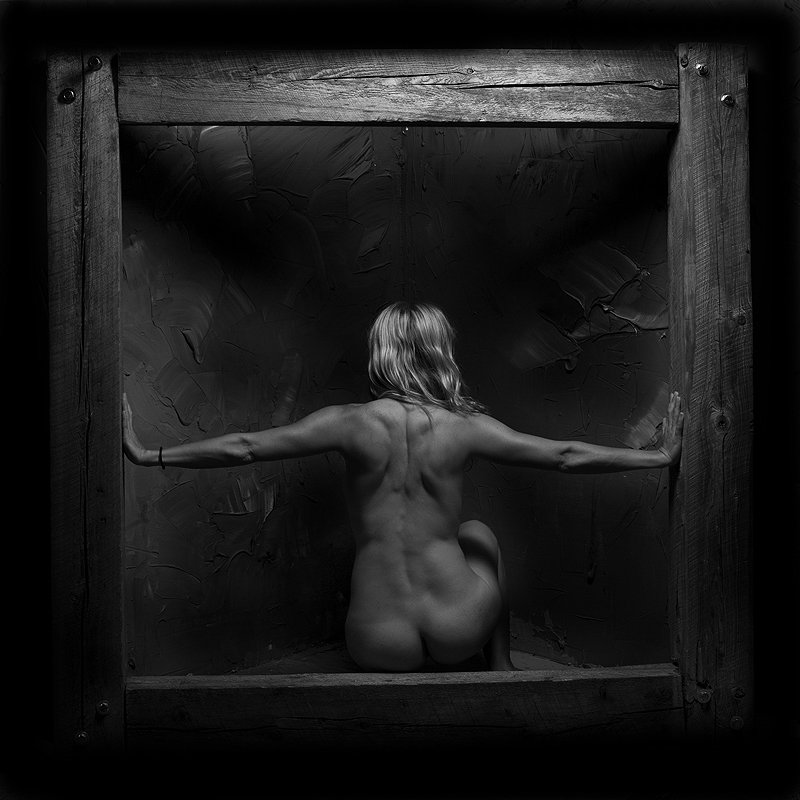 I posted a few new images from another shoot using the "black box" this week.

In this shoot I had the chance to shoot two models again, with some good results.

I typically don't do many studio shoots in the summer.  There are so many opportunities to shoot outside, since the weather is nice - and my studio is like a giant greenhouse (10x10' skylight), without air conditioning... so it's usually a little more comfortable to shoot outside anyway.

I'm hoping to hit the dunes monday for the first shoot of that series, and I'm planning on shooting there about once a week.  The only thing I foresee having to contend with is the Cherry Festival, which usually brings an influx of tourists - though the locations I shoot at are usually pretty remote, and I've never been disturbed by visitors, it's generally something I'd like to avoid.

I've probably mentioned in previous blogs - the "Bear Naked" project, aka "Figure Studies of the Sleeping Bear Dunes", will be my next major exhibition and book... and there's still a lot of work to do with this project.  I've managed to find a number of new models lately, which is great - of all of the variables in my projects, lack of models can sometimes hold things up.  I don't seem to be having that problem this year.